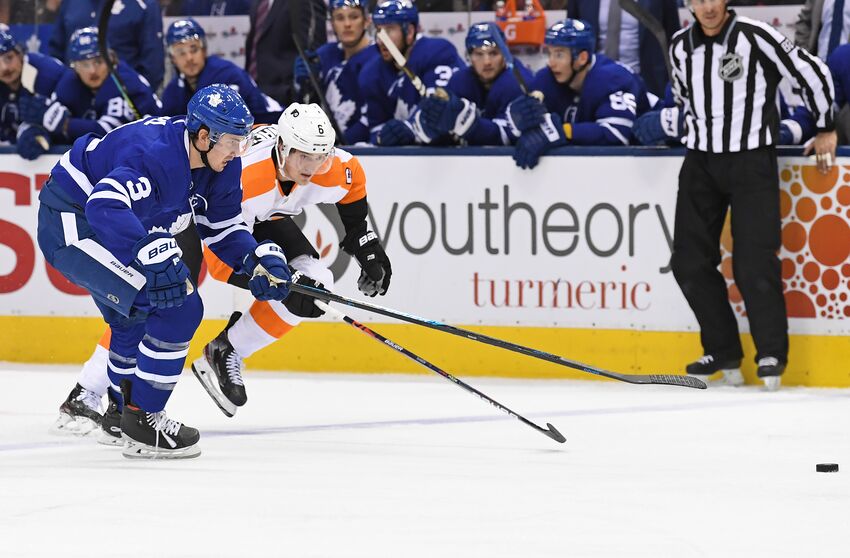 Throughout the off season, the Toronto Maple Leafs needed key additions to their blue line.

The Toronto Maple Leafs made that key addition on July 1st when they traded for Tyson Barrie, but there was one other key addition was made and so far, it’s been a success.

Justin Holl has played in all but two games this season. He’s averaged 14:02 of time-on-ice each game and hasn’t looked shy in joining the rush either.

The 27-year-old has 5 assists this season playing with Travis Dermott, Martin Marincin and Kevin Gravel. All unique players that have a different style of play, but Holl has adjusted very well.

He has a lot of offensive ability in his game, but he’s also one of the best defensive zone players on the team. Among defensemen who’ve played the same amount of games or more on the Maple Leafs, Holl has the least high danger scoring chances against with 35 at five-on-five.

Every player on the Toronto Maple Leafs (other than Cody Ceci, somehow) has more goals against than goals for — except for Holl, too.

He’s allowed only seven goals against at five-on-five and the team has scored 12 while he’s been on the ice (stats from Natural Stat Trick).

Why does this all matter?

Well, because it’s a good story to tell.

Last season, he sat in the press box for 71 games watching the Toronto Maple Leafs have success without him. With the lack of right-shot defensemen on the team this season, he got a chance and he showed up for it.

“I think confidence is a big part of the game,” says Holl talking to Paul Hendrick of Leafs Nation Network earlier this season, “When you’re able to string a few games together, and kind of get your timing down and get into the flow of it, it makes it a little bit easier.”

Confidence has always been an important part of Holl’s game as an offensive defenseman. With similar play styles like Morgan Rielly and Tyson Barrie, the more confidence you have, the more you can join the rush and create scoring chances.

Another player who shares a similar play style to Holl is his defense partner, Travis Dermott. When both players are on the ice together, they’re arguably the best defensive pairing on the Toronto Maple Leafs (right now).

Dermott and Holl are both first and second in terms of PDO as defensemen on the Toronto Maple Leafs. Dermott ahead with 1.102, and Holl just behind him at 1.035 (from Natural Stat Trick).

Next: Toronto Maple Leafs Roundtable: The Is the Cody Ceci Experiment Working?

At training camp, Holl was offered an opportunity to be a full-time NHL defenseman and he took it. The Toronto Maple Leafs have been horrible defensively to start the season, but right now, Holl and Dermott have been the best pairing by far.

Even though they don’t face tough opposition from time-to-time, they’ve still are and probably will be the best pairing for the near future.